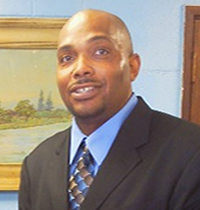 Anthony is a native of Petersburg, VA. He entered the United States Army in December 1994.  He has been stationed in numerous locales around the world. Anthony has served in numerous positions throughout his career. He served as the United States Army Hawaii’s Better Opportunities for Single Soldiers Program Coordinator and President of the program twice from 2001 to 2003 and again from 2004 to 2005.

Anthony is currently attending Austin Peay State University Clarksville, Tennessee pursuing a degree in HR/Marketing. His focus is to remain vigilant and help veterans achieve their goals. In addition, create opportunities in the private sector for veterans who has the skills to excel.